On 09/01/2020, the M210 aircraft was flown two times (11-minutes & 4-minutes) using the same battery (manufactured 12/2019, acquired 08/2020). No errors, warnings or other issues were noted during these flights and the pilot reported the aircraft responded and flew “normally”. The aircraft had been flown with a double payload, consisting of the X4S and Z30 cameras.

Following the first two flight, the aircraft was powered down, batteries changed, the X4S camera was removed, and the Z30 moved from gimble-2 to gimble-1.

As the training event resumed, the aircraft was powered on, but sat idle for 1-2 minutes until the actual training scenario commenced. To ensure clearance of all obstacles and return to the height used for filming in the previous flights, the pilot intended to continue the vertical climb to 100-feet before making any lateral movement.

The pilot reported starting and lifting the aircraft to an altitude between 20-30 feet before glancing away to visually check the target and the area the drone was to be moved to. After 3-4 seconds, the pilot looked to the Crystalsky monitor to acquire the aircraft’s view, but immediately realized the video feed was frozen and discolored. The pilot looked to visually acquire the aircraft, seeing that it had traversed backwards, where it then struck a tree branch. The pilot gave brief inputs, attempting to control the aircraft, which quickly began to descend and was lost from visual line of sight behind low visual obstructions.

The aircraft and payload were destroyed upon impact.

The video file from the Z30 was corrupted and was not recovered.

The flight data recording ends after 12 seconds, with the aircraft traveling 42 mph at 39 feet in altitude, appearing to end when the aircraft struck the tree.

The pilot later reported the aircraft sounded normal, but considering the noise of the training event, now realized the fading noise heard was not due to the aircraft increasing in altitude, but moving further away from the take-off position. Witnesses later commented immediately thinking something was wrong upon seeing the aircraft suddenly “shoot off” laterally at a speed they had not previously witnessed.

An initial review of the flight logs show no warnings, errors or issues, and no lateral control input from the pilot. While a “tip” message appears immediately after take-off, regarding mode switch position during take-off, the flight date shows the switch was in Position mode, which normally does not allow the aircraft to travel at speeds of 40+ mph.

Flight data is being prepared to send to DJI for analysis.

The submitter shared with me the DAT file from the aircraft. I reviewed the data and found the following information from the recovered flight logs.

The takeoff was conducted with an assisted takeoff. It appears to be normal. There are no control inputs.

7.3 Seconds: The pilot has ascended to 45.3 feet and neutralized control inputs.

8.5 Seconds: The aircraft suddenly begins to accelerate without any control inputs. The risk of solar interference was low and acceptable. 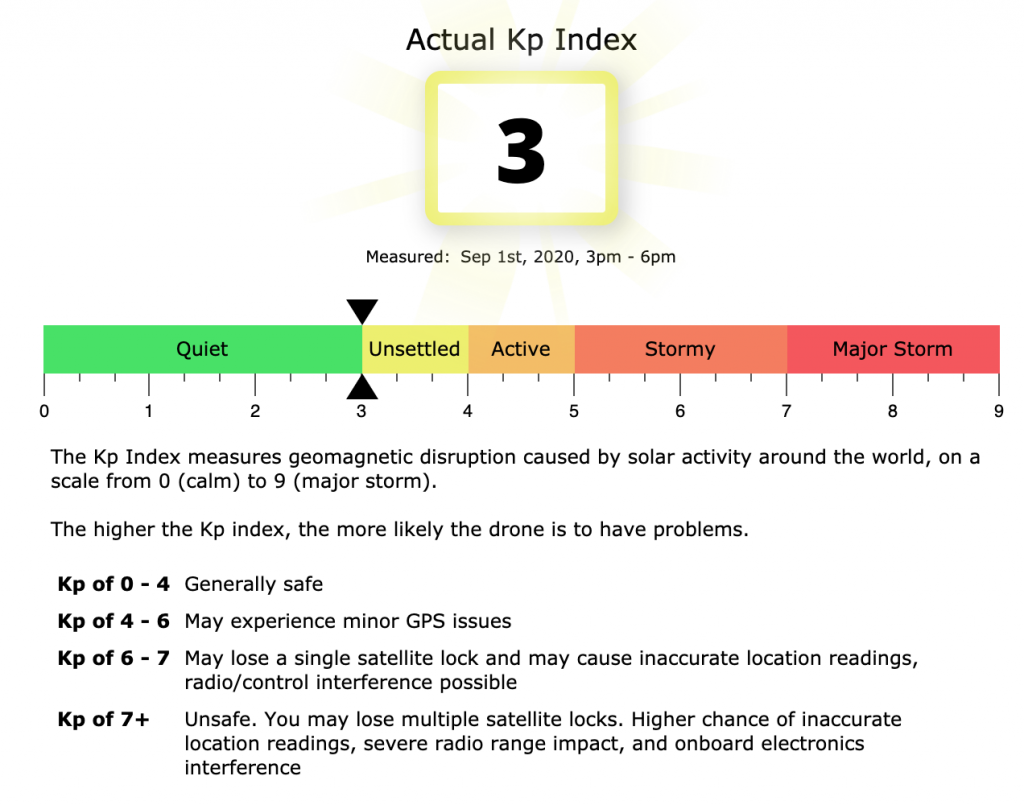 9.7 Seconds: The aircraft is now traveling at 20.1MPH away from the pilot with no control inputs. The radio signal is 100% and 16 satellites are reported. It is at this point the aircraft appears to collide with the tree branch at an altitude of 45.3 feet above obstacles.

10.1 Seconds: The aircraft has descended to 7.2 feet but is now traveling at 23.9 MPH. One thought is a propellor was damaged in the impact but the aircraft continues along and picks up lateral speed.

12.5 Seconds: This is the last entry. The aircraft is now traveling at 49.9 MPH into the freeze on a 322 heading and the pilot is attempting to climb without success. The aircraft remains at a reported altitude of 3.6 feet above obstacles for the last .8 seconds of flight. The radio signal at impact is 100% and the batteries are at 99%.

According to weather data for the location of the accident, there was a 7.5 MPH breeze from the NE, the temperature was 68.7F while the sky was sunny and clear.

The reported heights are from the sonar sensor on the aircraft. These are different from the altitude from the takeoff point.

After striking the tree branch the aircraft lost 8.9 feet of altitude in 2.4 seconds. 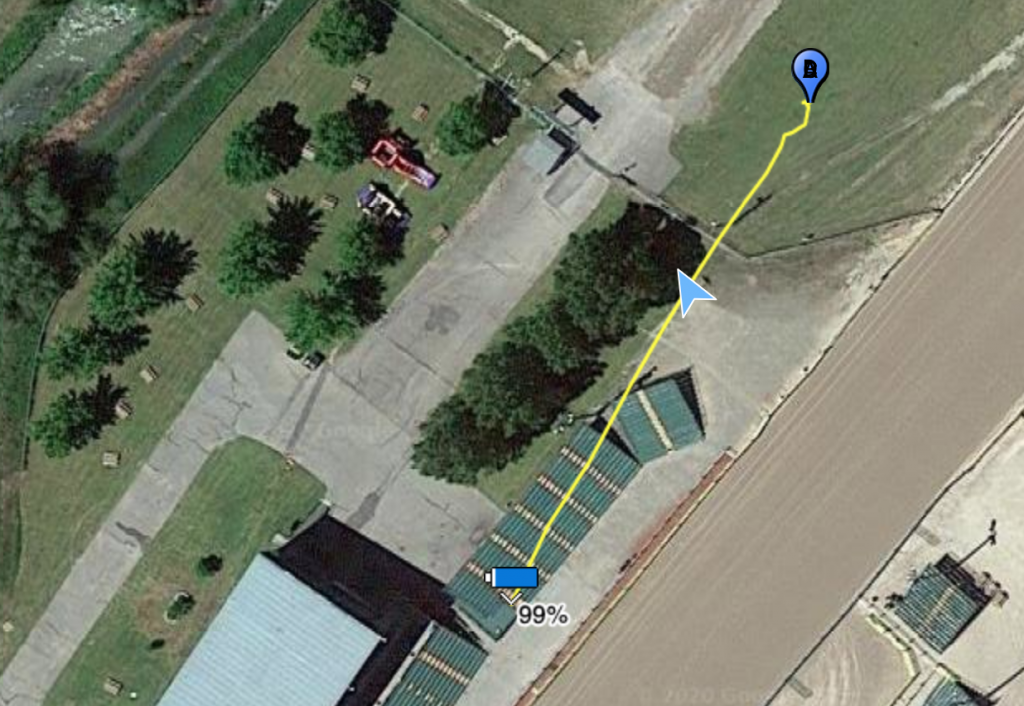 From the data provided it appears to be an uncommanded loss of control that could not have been prevented.

Thankfully there were no people sitting in the stands at the time of the crash.

The speed and weight of the drone could have been fatal if it struck a person in this flyaway situation.

This accident has a fatal component based on the kinetic energy at the time of impact. Impacts of 75 joules can be fatal depending on where you are struck. A skull impact of 200 joules can fracture your skull.

The impact on the seats where people sit was at a calculated 2,144 Joules given the speed and weight of 19.2 pounds at 49.9 MPH. 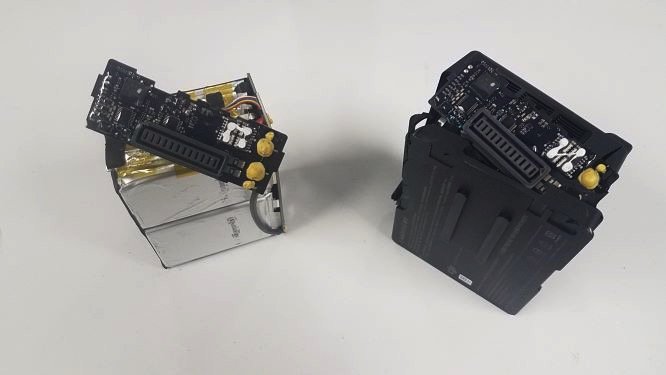 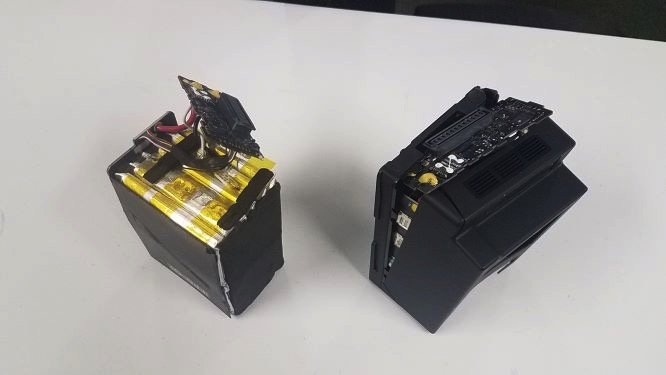 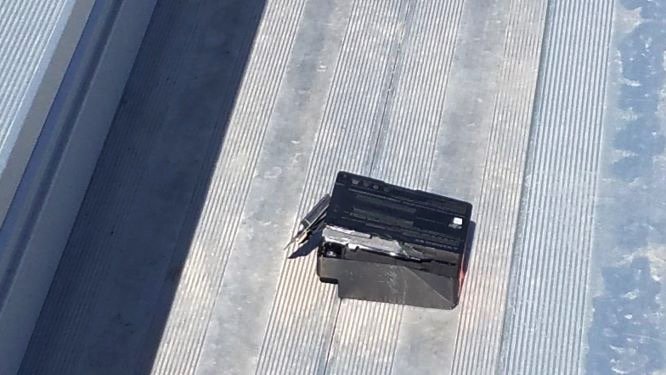 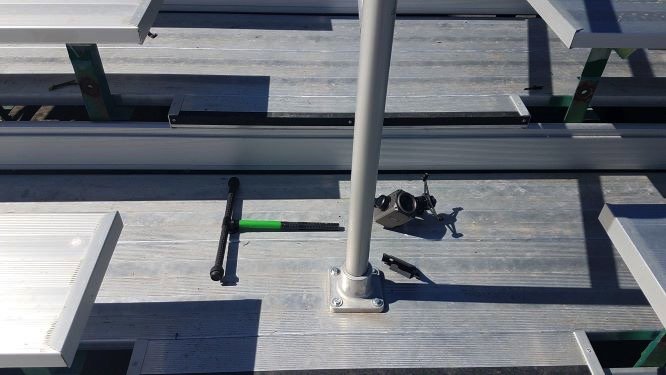 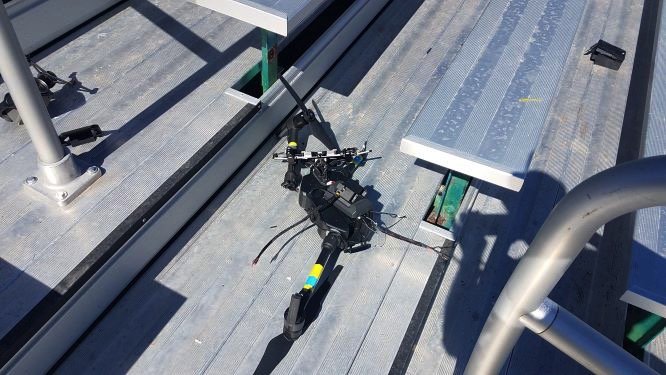 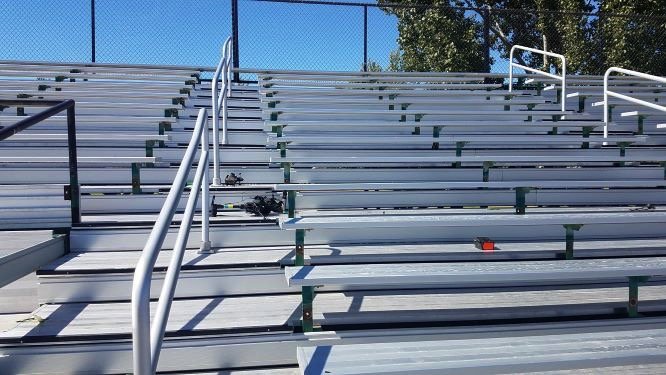 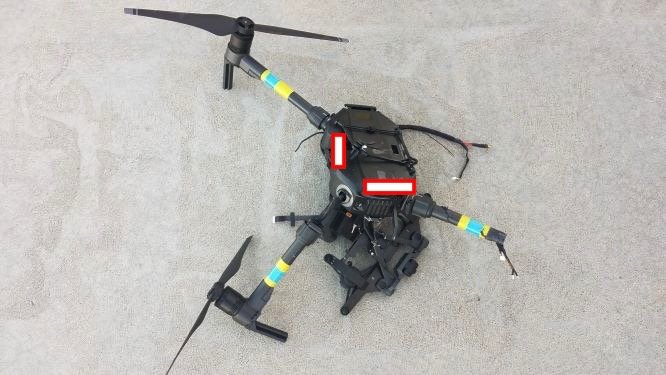 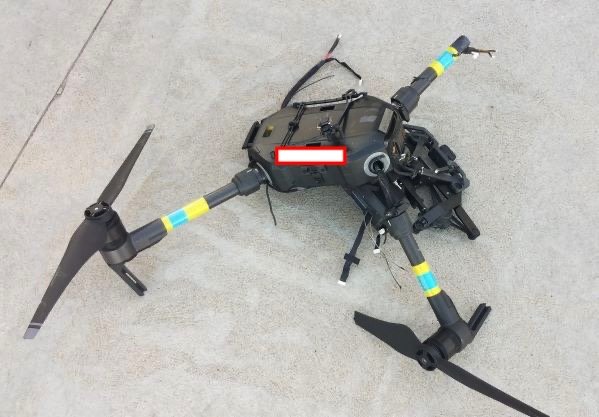 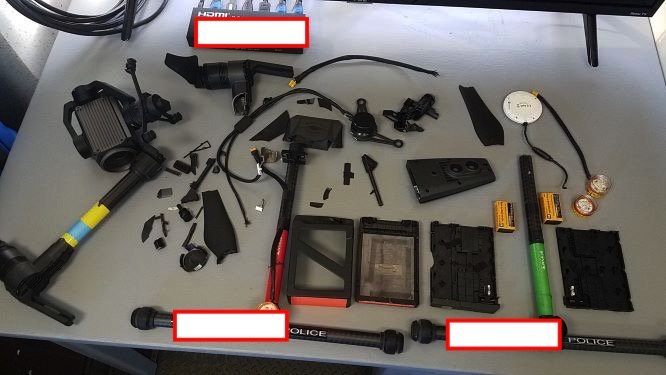