This large public safety agency reported they had experienced the same issue with a DJI Mavic 2 Enterprise Dual. The first agency also had a similar issue while flying a Matrice 210.

The few incidents are not enough to create a definitive pattern but I can draw some conclusions from both reports.

All aircraft were flying with a Crystal Sky monitor. Both pilots experienced a display of incorrect battery percentage remaining.

The pictures I just received from the second incident confirm what our first pilot experienced.

If you look at the picture below, in the upper right the display shows 57% battery remaining. At the same time, the low battery warning is displayed and the LowP ower battery alert is going off.

However, the low battery alert is set to 25%. At the time of the picture, the aircraft had been flying for about 18 minutes.

Our second pilot also reported that when looking at the detailed information available on the controller, the battery detail page was blank.

If you are experiencing an issue where the data is updating erratically, you have been flying for more than 16 minutes and your battery is showing you still have 60% remaining, or you are getting a low battery warning but the display is reporting a battery with a lot of power remaining – LAND NOW.

At the very least you should take the battery you were flying at the time of the incident, out of service.

If this problem occurs over multiple batteries I would advise you to get an assurance the aircraft is “safe to fly” in writing from DJI.

Otherwise, unless the problem is identified and resolved, the PIC is personally responsible for flying an aircraft in an unsafe condition.

If you have had a similar experience, please contact me and/or fill out an incident report.

The pilot that experienced the issue above said, “Just constantly check the battery info. Don’t always rely on a single source of data. Checking the live battery data lets you know a minor issue well before it’s a major issue.”

I can envision how this situation can quickly lead to a crash or serious incident. A less experienced pilot at a busy incident scene may become confused about which battery data or indicator is giving accurate information.

I received additional information after publishing the report above. Specifically, I received data for:

I’ve also received feedback from some other public safety agencies that are reporting a similar experience. They offered feedback saying the Pilot app 1.8 on the Crystal Sky seems to be an issue. They have had to downgrade to version 1.72. They said live streaming seems to make the problem worse when using Pilot 1.8 and they reported no issues when using an android tablet, smart controller, and others said they did not experience the issue with an IOS tablet.

However, the pilot filing the report said they were not live streaming and on the Matrice 210 flight with the problem, the Pilot app was at 1.72.

This seems to reinforce the chances this is a software error.

On this particular accident report here is more data on the incident flights. 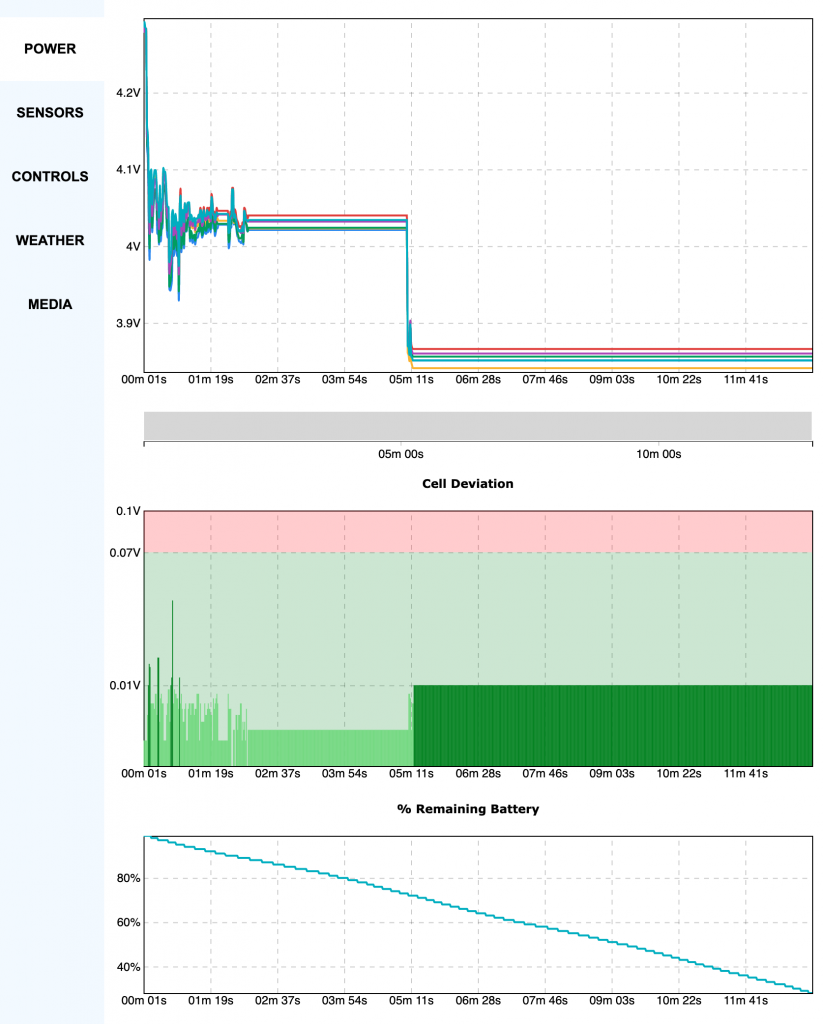 2 minutes and 3.3 seconds after takeoff the reported battery voltage and cell data in the flight log start repeating the same values.

The volts remain reported at 24.17 until 5 minutes and 7.7 seconds but the battery percentage is now down to 73%.

The battery volts remain at 23.12 until landing at 13 minutes. The battery percentage is 28% at landing. 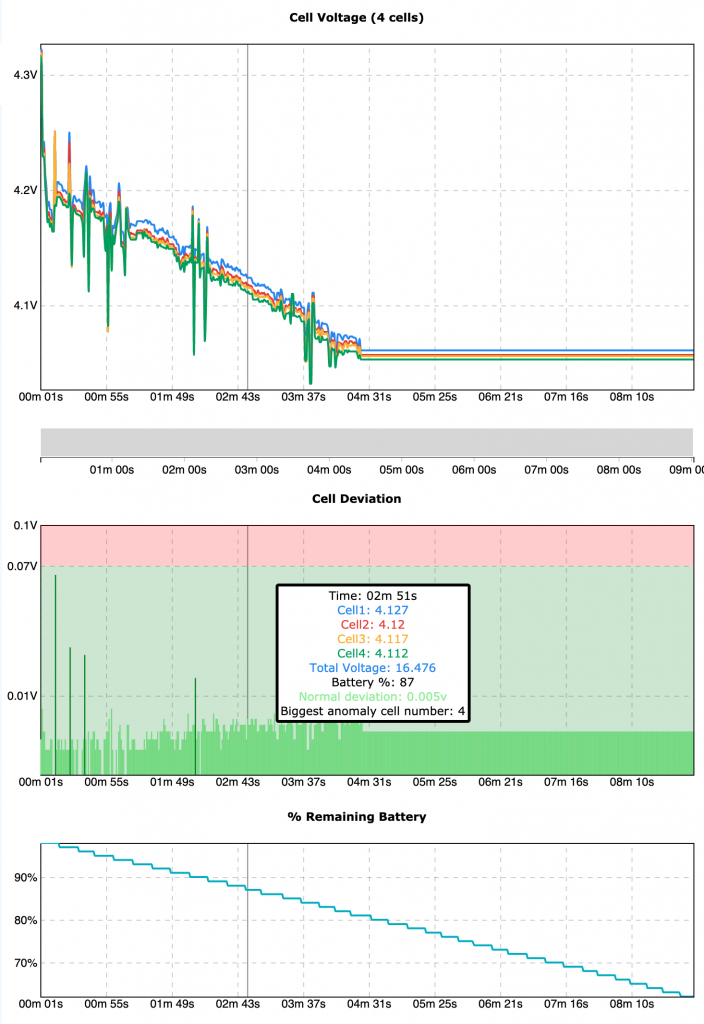 It appears you can rely on the battery percentage over the battery volts and cells. However, it remains unknown if the battery voltage displayed on the Crystal Sky monitor matches what is shown in the data logs.

But it is not clear how the Crystal Sky monitor would impact this directly since the DAT flight log files are stored on the aircraft.

Please contact me if you have had a similar experience and have a monitor screen shot and DAT files.