Drone was flying approximately 100 feet AGL. It suddenly started losing altitude and drifting. Pilot immediately checked the controller (DJI Smart Controller running DJI Pilot) which indicated it was now in Atti mode. Pilot manually controlled it and the controller announced it was back in GPS mode. However the drone would not fly in any direction, although was capable of altitude changes. However it was over a house and could not be landed.

Pilot tried switching it to both Tripod and back to Position mode Which made no difference. Pilot then switched it to Sport mode which allowed full control again. However the video feed was completely frozen on the controller.

Pilot brought the drone over an open field and then brought it in for a landing in sport mode. The gimbal was observed to be positioned pointing to the left, though gimbal angle could be adjusted.

Upon landing, pilot double checked all versions of the software on both the controller and drone, which were all up-to-date. However, upon starting the drone back up, there was no video feed at all, though the controller indicated an excellent connection to the video stream.

After several trouble shooting steps – including restarting the drone and controller to no avail – pilot reset the DJI Pilot app using the controller settings. He then restarted the app, and reconnected it to the drone. This time the drone connected without issue and with a solid video feed.

This is not the first time the drone has had frozen video while flying.

Unknown. Drone’s compass was calibrated just prior to takeoff, and GPS was functional with 16 satellites locked. 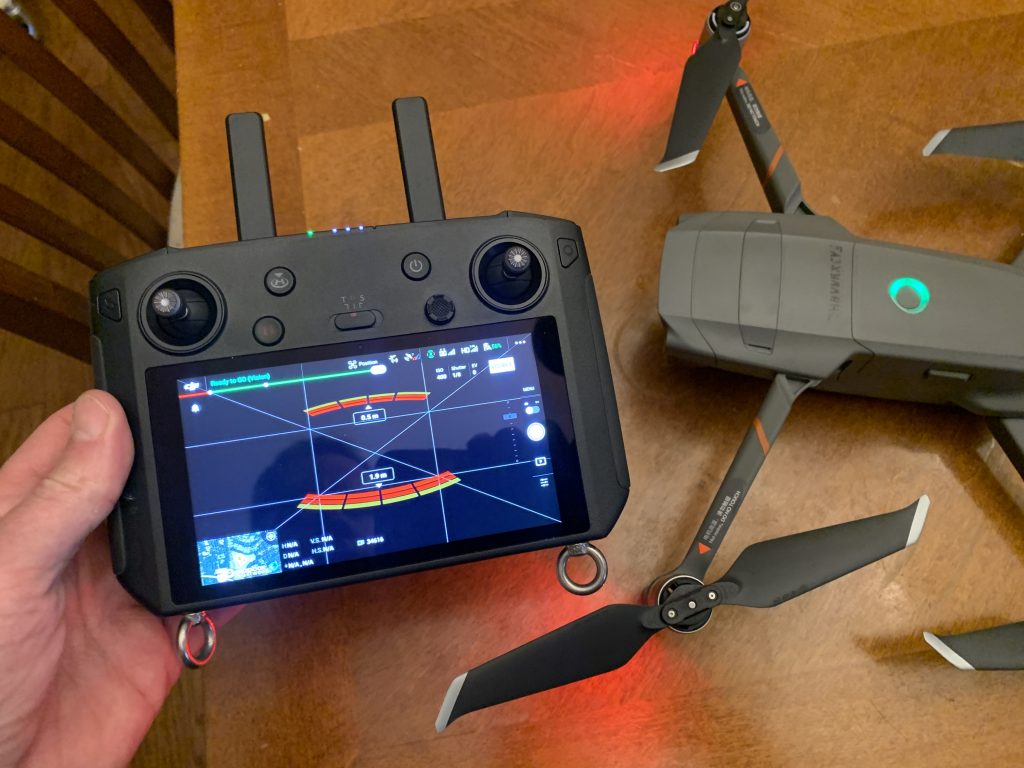