On December 4, 2019, at 7:15 pm, pacific standard time (PST), the pilot of an Airbus AS-350- B2 helicopter, N71HD, reported colliding with an unknown object at 1,100 feet above mean sea level (msl) in the vicinity of Los Angeles City Hall. The pilot conducted a precautionary landing at a nearby helipad. Post-flight examination revealed minor damage to the right horizontal stabilizer and tail rotor blade.

The pilot and operator reported that no visible evidence of a bird strike was apparent, and believed that the aircraft collided with a small unmanned aircraft (sUAS, or drone).There were no injuries to the pilot or two passengers. The helicopter was operated by Helinet Aviation Services as an electronic news gathering flight for ABC7 News in Los Angeles. The helicopter was operated under visual flight rules under 14 Code of Federal Regulations (CFR) Part 91. Night visual meteorological conditions prevailed at the time of the incident. The pilot reported that it was fully night conditions, and that it was difficult to make out individual lights in the area due to high concentration of city lights. He reported that he was transitioning between story locations at 1,100 feet mean sea level (msl) cruising at 100 to 110 knots. He noted some clouds above but none in his immediate area. He said did not see anything prior to hearing the loud noise. He attributed what he might have mentioned as a flash of light as actually from his own strobes reflecting off the main rotor blades.

He described the area of the event as east of City Hall bounded by Los Angeles St, Alameda St, Cesar Chavez Ave, and East 2nd St. This location was passed on to the Los Angeles Police Department to conduct a search of the area. No drone was found. 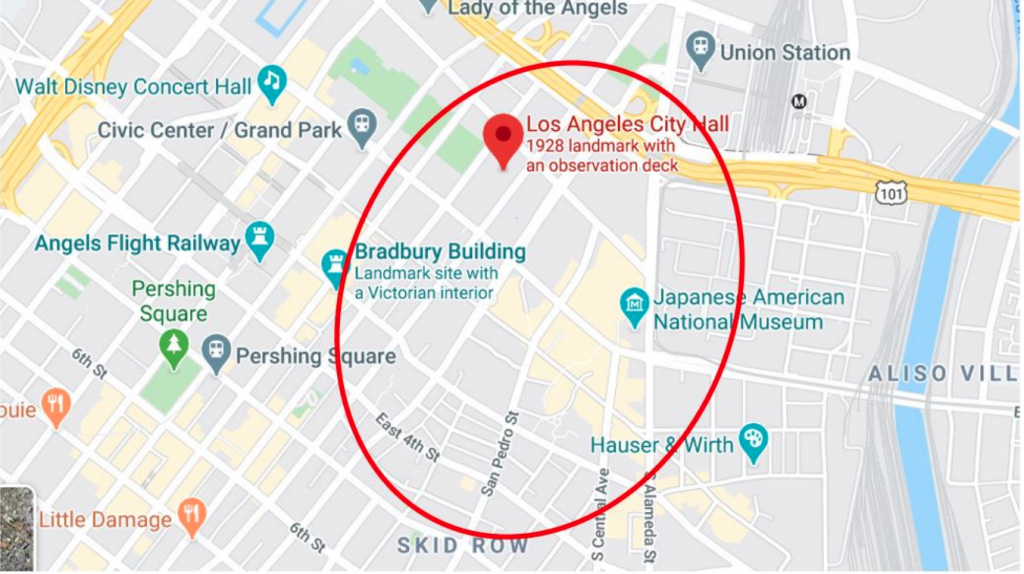 The operator reported that the onboard cameras were stowed and did not record video at the time of the reported collision. The operator and NTSB investigator conducted a search of social media for any possible indications of a lost drone in the area, nothing definitive was found. Two drone detection companies were operating in the area, but did not have any targets in the area at the time of the report. Both companies reported less than complete coverage of the area.

Although the reported location was in Class G airspace, the FAA was queried for any sUAS airspace authorizations active in the nearby Class B, there were none. 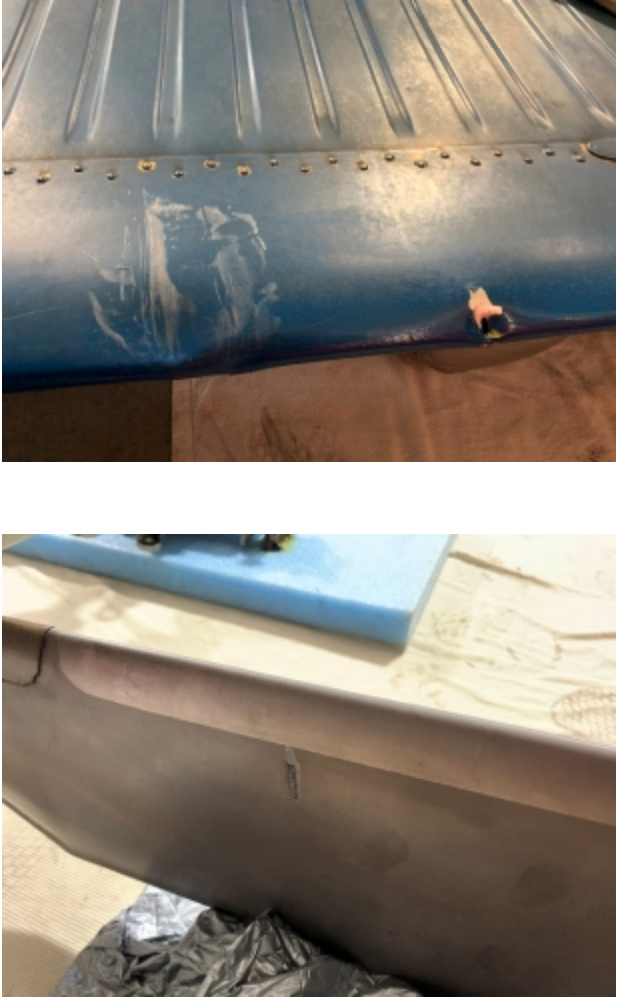 The helicopter was operating under the provisions of 14 CFR Part 91 as an electronic news gathering flight, under visual flight rules, within Class G airspace. The pilot heard a noise which he first thought might be a bird strike, and made a precautionary landing. Post flight examination led the pilot and operator to believe they collided with a drone.

A search by ground and electronic methods did not locate a drone.

Infrared examination revealed material transfer of polycarbonate polymer, which is a commonly used construction material of small drones. Although many items which could come in contact with the helicopter as ground FOD, are manufactured of polycarbonate (e.g. safety glasses, light lenses), the shape and configuration of the indentations and scuffs were very consistent with a small drone.

The reported collision occurred in Class G airspace, but higher than the 14 CFR Part 107 regulatory maximum of 400 feet agl for small drones. A provision in Part 107 allows for operations above 400 feet if the drone is within 400 feet laterally of a tall structure. Downtown Los Angeles was approximately ¼ mile away from the collision site, therefore, although the altitude and location are not authorized for drones without a waiver, it is not inconceivable that a drone operator could have been operating near the tall buildings, and deviated or exceeded the lateral requirements.

Although no drone was located, preventing complete certainty, all the available evidence was consistent with a collision with a small UAS.