A Closer Look at a DJI Inspire Crash and Its Data

The excellent public safety pilots that submitted the report on their DJI Inspire crash also were kind enough to give me access to the flight data.

The statements below are my opinion from reviewing the data that was uploaded and processed by Air Data.

The pilots felt the crash was related to a power failure in flight. The suggestion was to add additional preflight checks to ensure the batteries are functioning properly. Certainly, that is not a harmful process.

However, after looking at the data I spotted some additional issues to consider. The observation from the reporting party was “I have never observed major voltage deviations prior to this date on any of my hundreds of flights or maintenance. I noted both other Inspire batteries used that night had voltage deviations as well. One battery had just two deviations throughout the entire flight and the other had deviations in one cell constantly throughout the entire flight like the accident involved battery.”

A review of flight data downloaded from the aircraft does not show any voltage warning.

And while the Air Data interface says there was a voltage deviation in cell 2 of the battery.

And while the report shows cell 2 had major power deviations as compared to the other cells, the deviations become intermittent as the flight progressed.

I don’t think there is any doubt that cell 2 on that battery was different. However, early in the flight when the deviation was large, the pilots report no warning was generated and no warning appears in the flight log. 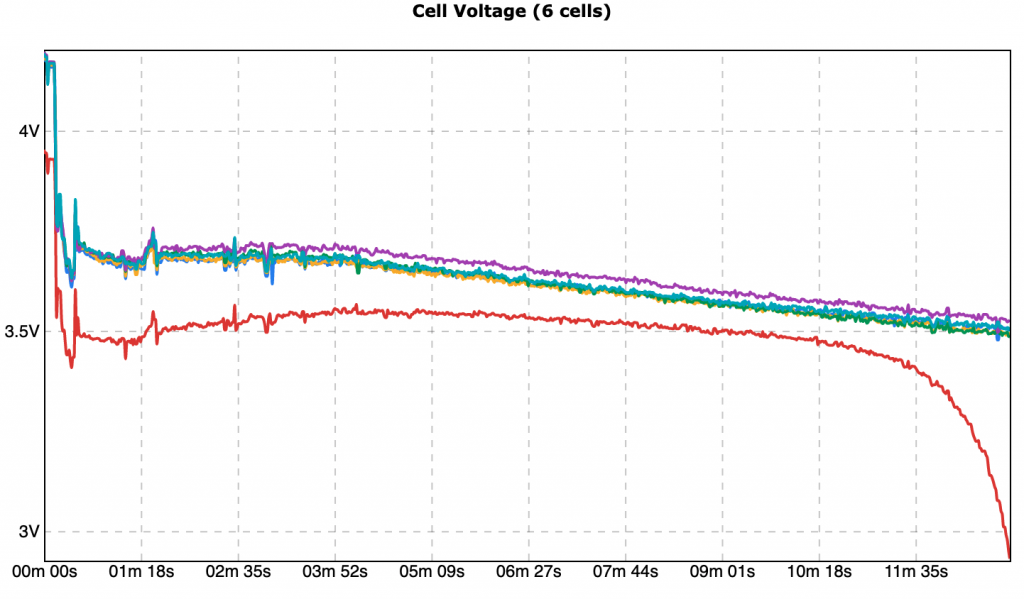 But starting at about 30 seconds into the flight the deviation of the voltage in cell 2 becomes smaller up till 4 minutes and 12 seconds when it continues to reduce in the degree of variation. See the purple arrows and line below. 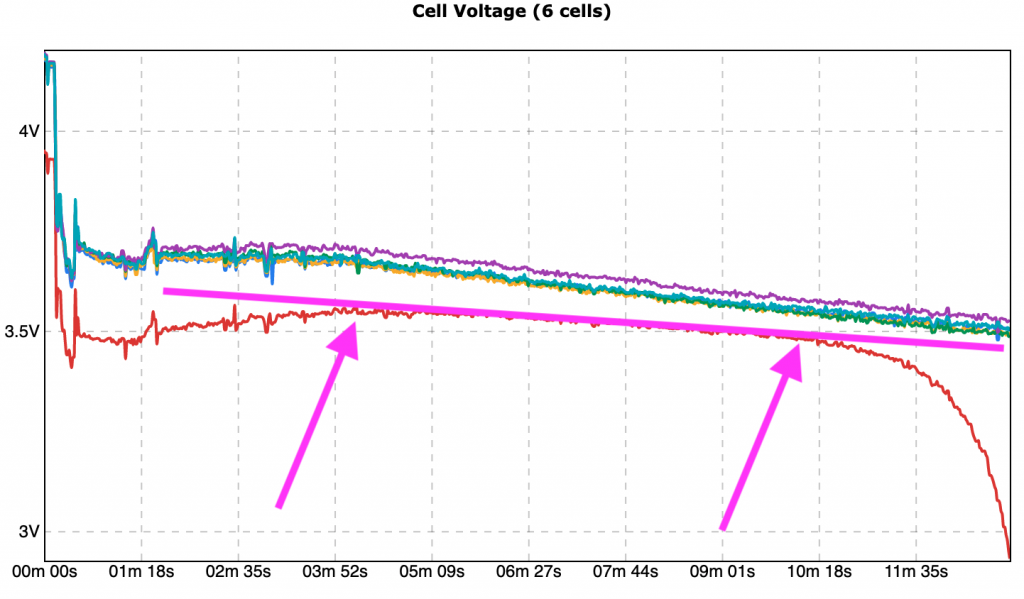 At approximately 10 minutes and 12 seconds, the deviation of cell 2 falls dramatically and stops behaving in concert with the other cells.

The flight log ends at 12 minutes and 50 seconds, before the actual ground strike. But between 10 minutes and 12 seconds when cell two dramatically drops, and the end of the flight at almost 13 minutes, the pilot reports, and the flight log does not show any battery voltage warning that would have alerted the pilot to land.

I can’t state with certainty that the cell issue did not cause the crash, but for me, the bigger issue is the deviation was growing and changing dramatically and the software did not trigger an alert of an unsafe condition. Any alert in the last three minutes of flight could have given the pilot an opportunity to land the aircraft and protect people and property below the aircraft.

According to the fatality calculator, if the aircraft had impacted someone below it could have led to a fatality.

The primary cause of the accident, in my opinion, is the lack of notification or alert to the pilot of a dangerous condition in the works. Even with the battery anomaly, a notification and landing would have avoided the most dangerous conclusion.

I certainly find no fault with the pilots.