A drone pilot in California was arrested by the FBI and criminally charged for flight operations that violated UAS flight rules.

According to the criminal complaint filed by the United States of America, Andrew Hernandez is facing a fine, up to a year in jail, or both as a result of his drone striking a Los Angeles Police Department (LAPD) helicopter with what appears to be a DJI Mavic Pro drone built on September 19, 2019. The model was determined from the serial number included in the criminal complaint using this online tool.

The complaint states, “Title 18, United States Code, Section 39B criminalizes the knowing or reckless interference or disruption of the operation of an aircraft carrying one or more occupants while operating an unmanned aircraft where the action poses an imminent safety hazard to the manned aircraft or its occupants.”

Of concern are also the damage on the ground the drone caused. Appearing to have broken the back window of an automobile with parts found inside the vehicle.

Here are the facts as stated in the criminal complaint filed on November 18, 2020.

“On September 18, 2020, at approximately 12:18 a.m., the Los Angeles Police Department (“LAPD”) was alerted to a burglary at a pharmacy in Hollywood, California (“the Pharmacy”). LAPD dispatched a patrol unit to the Pharmacy, and the patrol officers requested an air support unit to respond. At approximately 12:35 a.m., LAPD Officers Lomax and Ornelas flew a LAPD helicopter toward the Pharmacy.

According to California Department of Motor Vehicles (“DMV”) records, the residence Witness #1 described is the residence where HERNANDEZ resides (“HERNANDEZ’s Residence”).

On October 1, 2020, the Honorable John E. McDermott, United States Magistrate Judge, issued a warrant in Case Number 20-MJ-4707 (C.D. Cal.), authorizing the search of the digital contents of the drone’s camera and SD card. I seized the following images from the SD card that show HERNANDEZ operating the drone at HERNANDEZ’s Residence and near a vehicle registered to him, including:

A photograph dated May 9, 2020, showing HERNANDEZ operating a black drone controller and leaning against a black vehicle with California license plate 8DVU871. According to CA DMV vehicle registration information, the vehicle is registered to HERNANDEZ at HERNANDEZ’s residence. 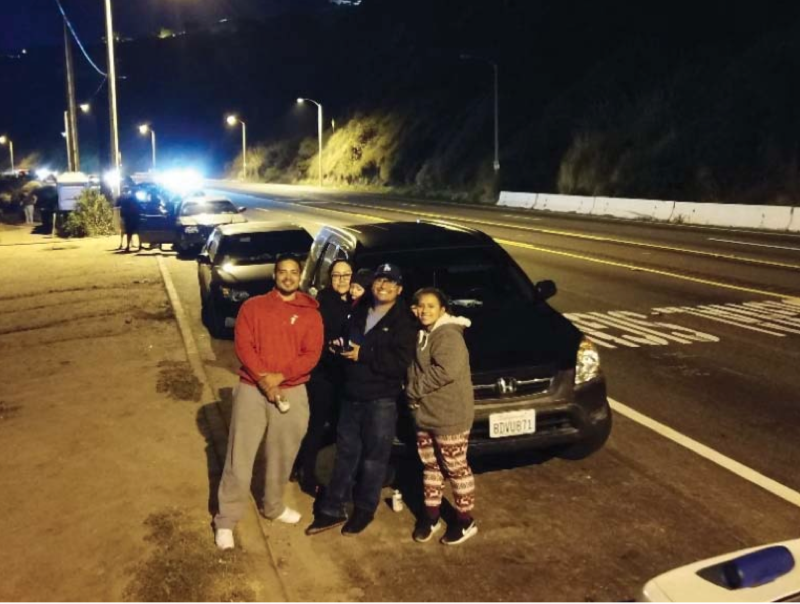 Two photographs dated May 16, 2020 that show HERNANDEZ holding a drone controller at a location I recognize to be HERNANDEZ’s Residence.

A photograph dated May 28, 2020, depicted below, which shows HERNANDEZ holding a black drone controller with a black smart phone attached below it. The logo of the drone that crashed into the LAPD helicopter is visible on the controller. 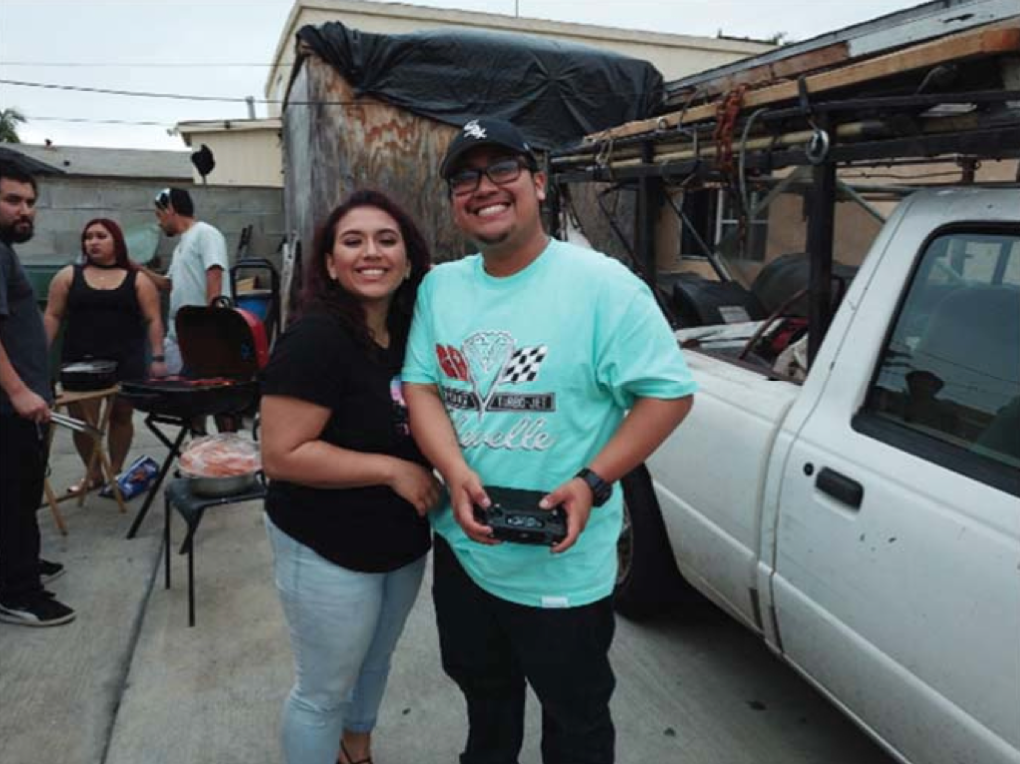 A photograph dated September 15, 2020 – three days before the drone struck the LAPD helicopter – taken from the air showing the Pharmacy and other nearby businesses.

HERNANDEZ Confesses to Flying the Drone into the LAPD Helicopter

On September 18, 2020, a little after midnight, HERNANDEZ was at his residence with his son when he heard police vehicles and a helicopter approaching.